The chap by the name of Lewis Gordon Pugh? You know, the guy who wanted to show how the pole was pretty much ice free by setting off on the 30th August?
Apparently, according to Wiki:

The attempt was abandoned on 2nd September, when the team were still in excess of 1,000 km from the North Pole. In his weblog, Pugh confirmed that despite several attempts, they were unable to find a gap in the ice.
Pugh claims on his website that this was the furthest North anyone has ever travelled by Kayak, (81 degrees N) however critics point out that in 1895, explorers using Kayaks reached 86 degrees North, and their expedition records show that one of them swam to retrieve a Kayak, thus exceeding Pugh's trip and preceeding him by 113 years. Pugh has not chosen to respond to these accusations.

So, 100+ years ago with far far less technology, a group got half as far away, for that is what 86N is vs 81N, 500km instead of the lycra'd one's 1000km. Bearing in mind that the distance from the pole at the start of the latest expedition was 1200km to start with brings it all into context.
Just to show you what it means graphically... 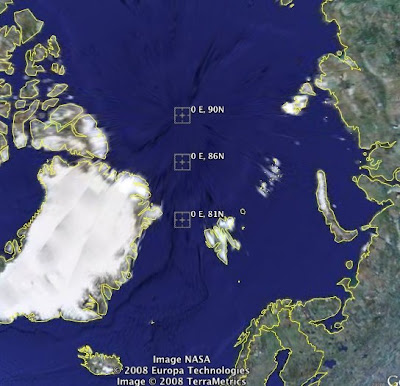 Now, that to me says he was more than twice as far from the pole than some chaps in sealskins and straw boaters.
Funny that we did not see this event splashed across the pages. POLES NOT FREE OF ICE would have been a good start, or even "POLES AT WORST HAVE MORE ICE THAN 100 YEARS AGO!!!". I suppose it would have been filed along with the "WWII Bomber found on moon has DISAPPEARED!" headline of the Sunday Sport in its heyday.
Balance? Nah, remember, we are talking Religion here.

You can't sell pardons if the customers aren't scared.. 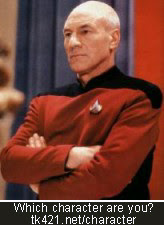